A true story about NOLA Chinchilla Rescue about the love and care for chinchillas in the New Orleans area.

Established in 2007, NOLA Chinchilla Rescue is a foster-based organization, dedicated to helping owners provide quality homes for their chin companions, assisting in fostering and rehoming unwanted chins and providing an emergency rescue service for chinchillas in the Gulf South. They are located in the metro New Orleans area.

The story behind NOLA Chinchilla Rescue

On February 7, 2010, more than 74,000 people packed into the Sun Life Stadium in Miami to watch the New Orleans Saints face off against the Indianapolis Colts during Superbowl XLIV. When the Saints beat the Colts 31-17, the city of New Orleans erupted into days of celebration. While the French Quarter filled with the chaos of fans, beer, beads and “who dat” signs, Rick Riedlinger, founder of NOLA Chinchilla Rescue, was navigating through another type of chaos.

“The weekend the Saints won the Superbowl, we ended up with 70 chinchillas,” said Rick. “I got a van and drove to Dallas overnight to pick them up. We had volunteers who helped us sort them and build carriers. Within three days I drove 3,300 miles across 14 states as we worked to get the chinchillas to new homes.”

The chinchillas that ended up in Rick’s possession that weekend were secured during the December 2009 bust of U.S. Global Exotics. Once the thousands of rescued animals had been triaged, authorities began looking for caretakers and volunteers, and NOLA Chinchilla Rescue fit the bill.

“We’re a small rescue that focuses solely on chinchillas because chinchillas really shouldn’t be around other animals,” said Rick. 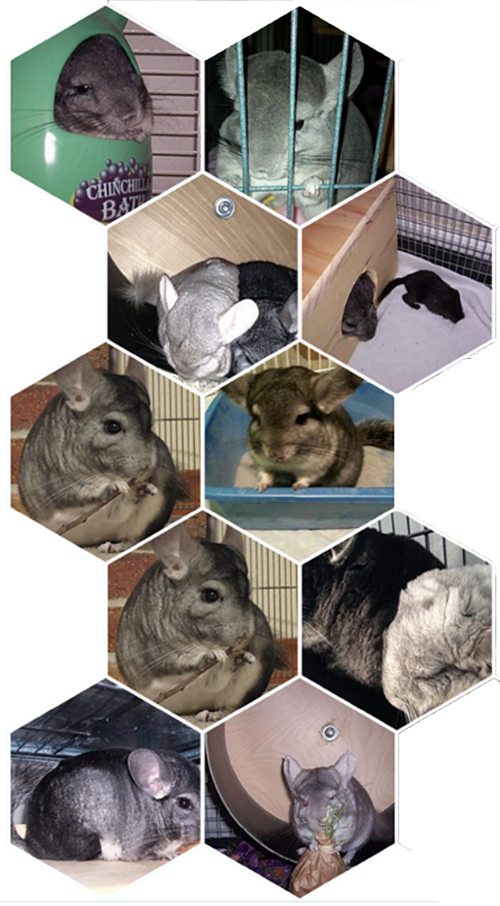 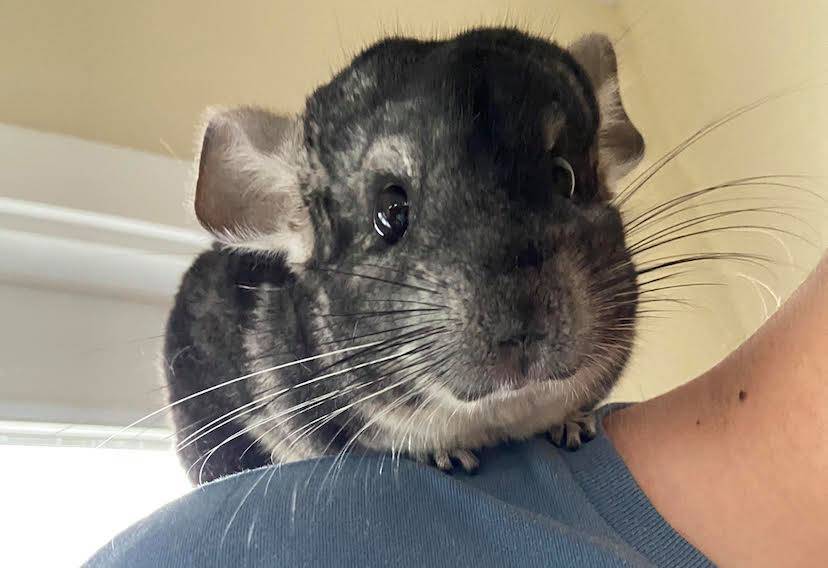 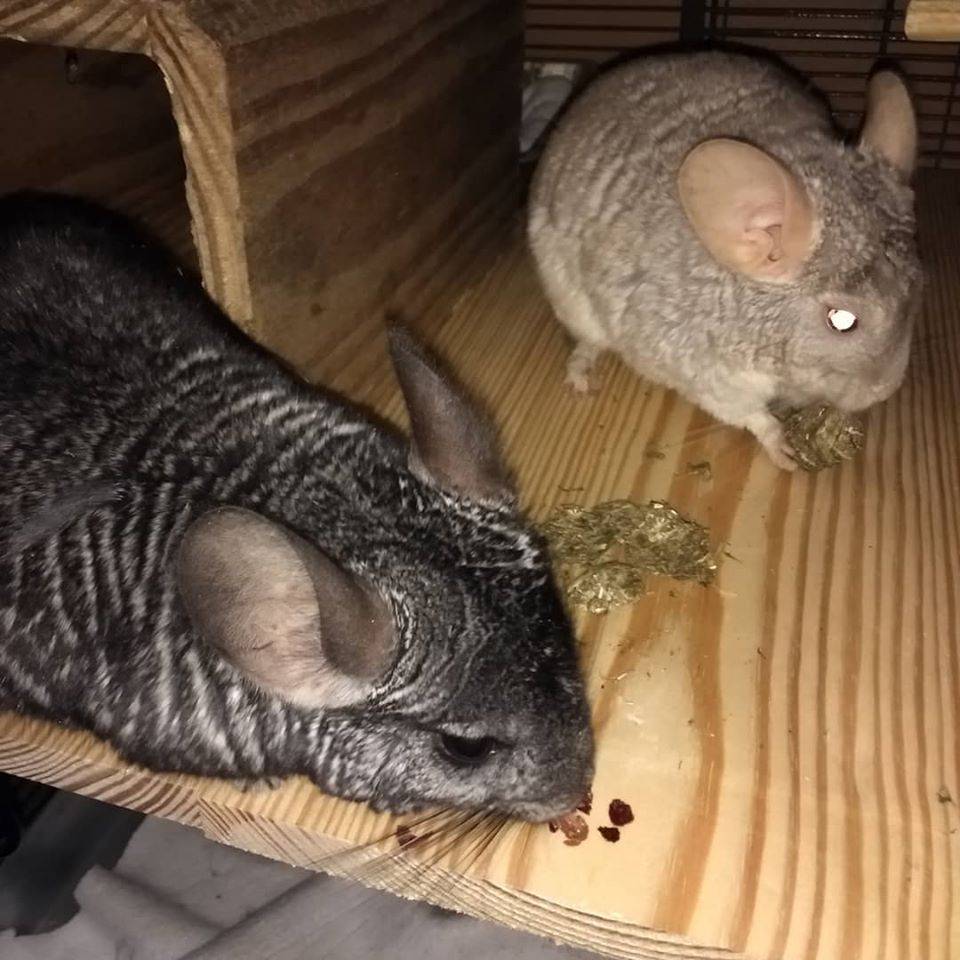 “After Katrina, we were trying our best to help neighbors’ dogs and cats by making sure they had food,” recalled Rick. “One of the neighbors came to us with a chinchilla named Speedy. We still have him.”

Speedy set the Riedlinger’s love of chinchillas into motion. More chins showed up on their doorstep and they began to adopt chinchillas from Craiglist to aide in their rehoming efforts. Since then, and Rick and his wife have rescued more than 300 chinchillas.

Their history is heartwarming, but if you’re reading this and picturing Rick, an old boat captain, holding a chinchilla in his hands and nuzzling it against his cheek, you’re wrong.

“Chinchillas are cute, not cuddly,” said Rick. “Many chins don’t care to be held at all for more than a few seconds and their bones are extremely fragile, making them a pretty bad pet for children.”

Rick also adds that even though chinchillas are a favorite among teenage girls because of their adorable acrobatic movements and soft fur, those pets often end up with a poor quality of life down the road if they’re bounced from home to home once their owner leaves for college.

“Our minimum adoption age is 21 and our most successful adoptions are with people between 30-50 years old,” said Rick.

Age is only one facet of a successful adoption. Socioeconomic status can also play a role in effectively homing the chins. As Rick puts it, they aren’t a peasant’s pet.

“Our average client spends $600-$900 just to get setup,” said Rick. “Chins need a plastic-free cage with ledges and exercise opportunities like the Chin Spin Exercise Wheel that has a large diameter and wide running surface.” 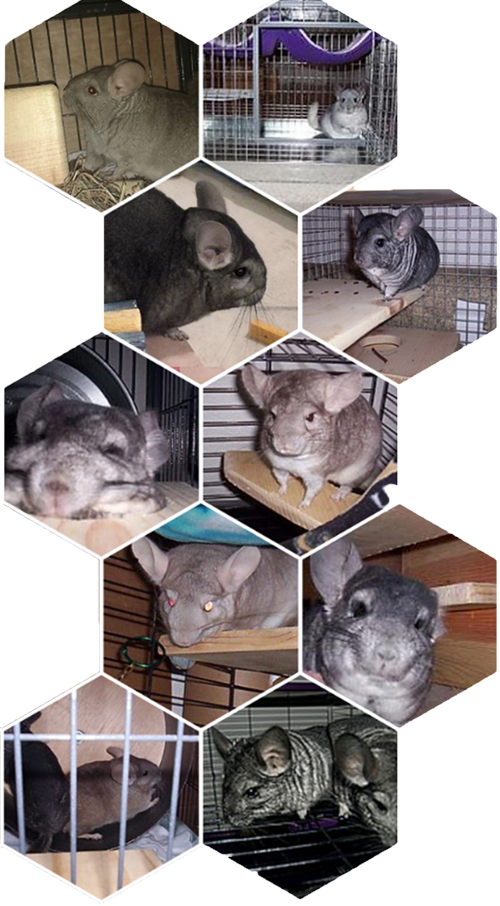 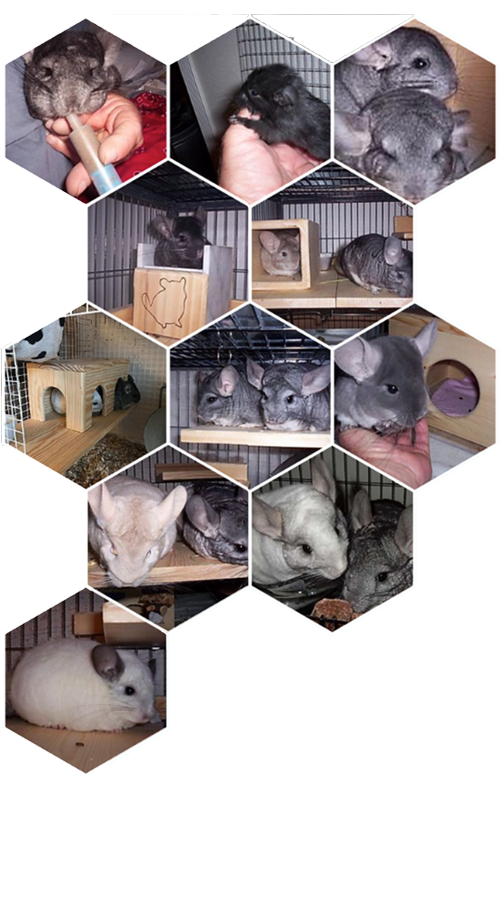 On top of initial setup, proper chinchilla care includes a simple, high-quality pellet for food. Rick recommends Oxbow Essentials Chinchilla Pellets which contain alfalfa hay that provides optimal energy and the right amount of fiber needed for healthy digestion. Grass and hay are the most important parts of a chinchilla’s diet.

“The problem I typically see is people buy food with ingredients that are healthy for humans, not chinchillas,” said Rick. “We see fruits and vegetables on a label and think it must be good for our pets, but certain amounts of sugar – even the amount in a raisin – can be bad for a chin.”

In the case of an emergency like ingesting a toxin, veterinary care is vital. Whether you own a dog, cat, snake or bird, having a dedicated vet available for regular checkups is also important for a pet’s wellbeing. That goes for chinchillas, too.

“Chinchillas need to see an experienced chinchilla vet at least once a year for a wellness check,” said Rick. “You simply can’t detect things like heart murmurs or other maladies on your own and by taking them for checkups you’re helping them live a long, happy life.”

If you're in need of medical products for Chinchillas, we have it!

“The problem I typically see is people buy food with ingredients that are healthy for humans, not chinchillas,” said Rick. “We see fruits and vegetables on a label and think it must be good for our pets, but certain amounts of sugar – even the amount in a raisin – can be bad for a chin.” 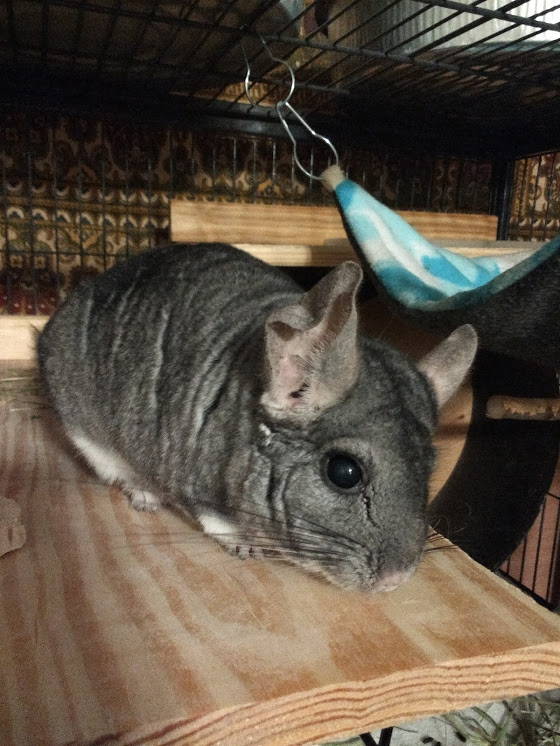 “They’re pets with homework,” said Rick. “If you know everything on our website, then you’re ready to get started, but that’s just the minimum of your working knowledge. If it’s too much trouble to read a couple of pages on a site, then a chinchilla probably isn’t for you.”

To find out if a chinchilla is the right pet for you, visit NOLA Chinchilla Rescue online at https://www.nolachinchillarescue.org.