Many chinchillas would prefer not to be handled...

We're humans and touch is a big thing for us and for our connections. It's important to remember that pets are different from us. For most animals, it's bad news when something larger scoops them up. Chinchillas are especially sensitive to this, given that they are the meal of choice from ground and sky predators. Every chinchilla is an individual but generally speaking chinchillas will do just fine without handling and many prefer it. Most chinchillas will want to seek interaction with you after a time, but it is a rare individual that remains calm while being held and carried around. Despite this, there are times that you will need to handle your chin and it is imperative that it is done as safely as possible for both of you!

There are a few different techniques to handling chinchillas. All that are suggested here are safe if done properly. There are different methods for different situations. Of course, if you are uncomfortable with one approach, don't do it! Go with one that will work for you and keep you and your chin unharmed.

Why do we need a Technique?

You may have heard the term 'floating ribs' when researching chinchillas and their handling. It is cited as the reason not to handle chinchillas around the middle, but there are some misconceptions about chinchillas and their ribs. Floating ribs are ribs not attached to the sternum, but they, and all other ribs are attached at the spine. Chinchillas have 3 floating ribs, the rest are either true ribs or false ribs- attached to the sternum via costal cartilage. Despite this, chinchilla ribs are thin and delicate. It does not take a lot of pressure to fracture them, and because they startle easily and our first reaction is to hold tighter, we need to handle carefully. 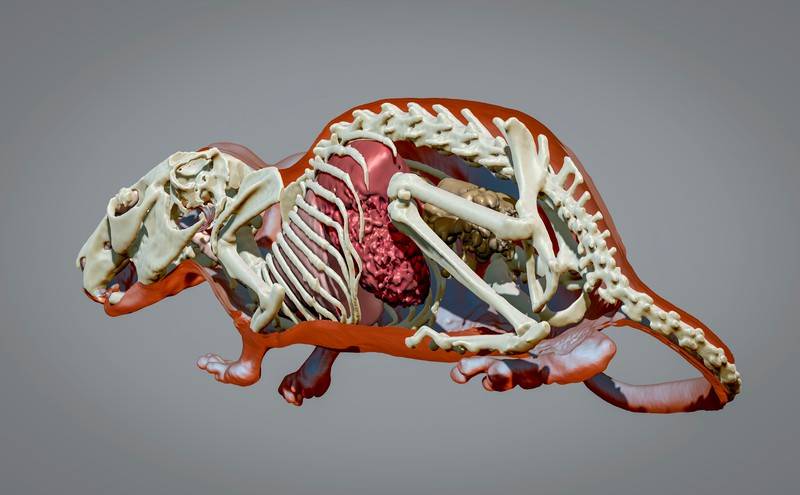 All of the following techniques should be done as gently as possible but firm enough not to allow a chin to drop if they struggle. It is best to approach your chin in a way that doesn't scare them. Don't sneak and pounce- that's what predators do! This isn't always possible in every situation, but the better the handling experiences are for the chin, the more they won't mind being picked up. 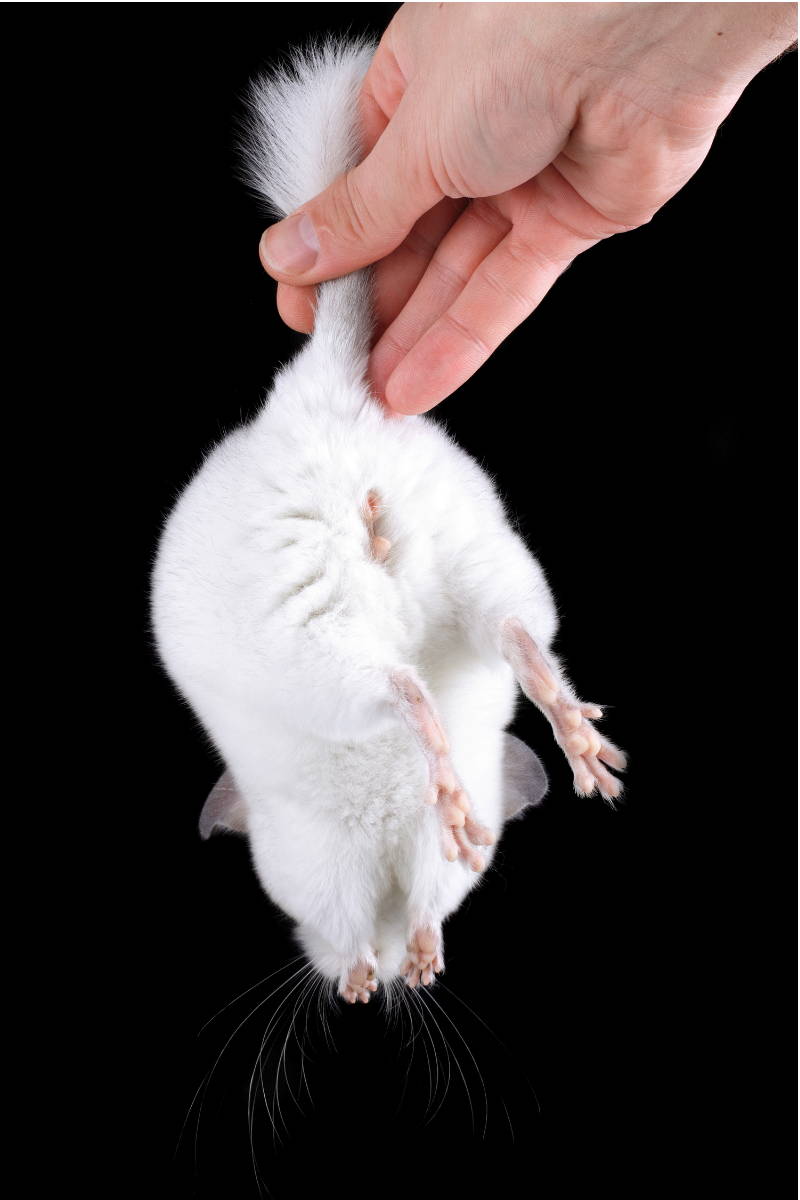 The safest approach involves holding the base of the tail (close to the body but not so close that you are clutching rump fur) with one hand and using your other hand to slip underneath the chin's body as you lift. This supports their body, while giving you an extra safety measure (the tail grip) if they suddenly struggle.

This method is controversial, but is the preferred way for anyone to handle an aggressive chinchilla. It is typically used to transport a bitey chin from cage to carrier, for grooming, or for a quick look underneath. Grasp the tail firmly, but don't pinch or move fast. The tail will support the chinchillas weight as long as your are near the rump, not towards the end or middle of the tail. A bitey chin cannot whip around or tuck under and nip you, thus, you won't wildly fling the chinchilla if you aren't used to getting bitten. If using this method for grooming, sit down somewhere or keep the chin close to the ground. you can groom most of a chin with their front legs on the floor or in your lap (beware of bites) but if you need to get to the chest area, lifting the chin completely off the ground a few seconds at a time will not hurt them. We do not recommend lugging a chinchilla around by their tail. This is a quick movement method- the chinchilla should be transported in a carrier if moving more than a couple feet.

There are several reasons to restrain a chinchilla. Though we may not like to, it's important to know how to do it. Chinchillas may need to be retrained for medical reasons,grooming, or for you to check them over well. One way is a simple tail base grip with the chinchillas feet on a table. Keep the tail positioned low. if there needs to be a little extra restraint, you can hold the tail with one hand and one or both ears with the other. A towel of fleece blanket can be wrapped around the chin if there is a need to force feed or to check teeth or ears. Make sure not to wrap too tightly, but tight enough to not have the chin struggle out.

A Note About Free Handling

Free handling can mean different things but I use it here to describe a chinchilla being handled without any restraint- see the cover photo to this blog. All of us have seen photos or videos of that ultra calm chinchillas riding around on their person's shoulder. I don't recommend trying this with a chinchilla that does not initiate this type of interaction first. It's definitely possible but a startled chinchilla might jump and harm herself. My best advice is to never have this expectation of a chinchilla, particularly young ones. It is a very special and rare chin that will sit calmly on your shoulder while you go about the house.

Questions or comments on chinchilla handling and restraint? Email us at cages@qualitycage.com!

Check Out Our Other Chinchilla Blogs!